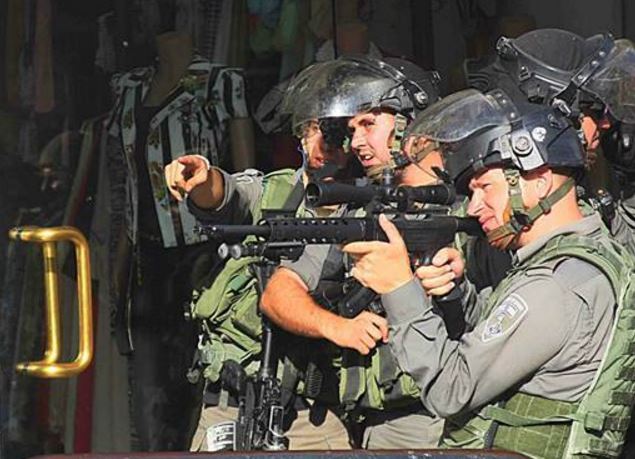 Media Coordinator of the Popular Committee against the Wall and Settlements in Beit Ummar town, north of Hebron, said the soldiers have kidnapped Nassim Taha Abu Mariya, 18, Qussai Mahmoud Sabarna, 16, Ahmad Khaled al-‘Allami, 22, Labeeb Saket al-‘Allami, 26, and Hussein Radi Ekhlayyel, 18. They were all moved to the Etzion military and security base for interrogation.

Another Palestinian, identified as Hamza Abdul-Mahdi Zohour, 21, was kidnapped from his home in Beit Kahil town, northwest of Hebron.

In related news, soldiers kidnapped Mohammad Ali Foqaha, from the northern West Bank city of Jenin, after stopping him on a sudden roadblock, near Jericho.

One Wednesday at dawn, soldiers invaded the Balata refugee camp in the northern West Bank city of Nablus, and kidnapped four Palestinians during extensive searches of homes, while three more Palestinians have been kidnapped in Bethlehem.

On Wednesday morning, soldiers shot and injured a Palestinian child near the Yitzhar illegal colony, south of the northern West Bank city of Nablus, and kidnapped two Palestinians in Jenin and Nablus. While Israeli extremist attacked and injured a child near Jenin.