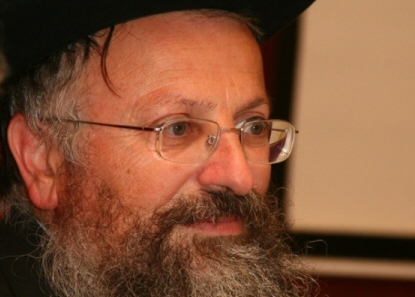 Israeli Jewish Rabbis have declared the killing of Palestinian resistance fighters “a religious duty”, Israeli media has reported. (MEMO/Days of Palestine) Israeli news website Walla reported that right-wing rabbis recently replied to questions including: “Am I allowed to kick the insurgent, hit him or shoot him in order to kill him after he has been arrested or is this prohibited?”

Rabbi Rav Benzion Mutzafi: “It is not only desirable to do so, but it is a religious duty that you hold his head down to the ground and hit him until his last breath.”

Mutzafi reportedly expressed anger towards Rabbi David Staph’s response. Staph said it is prohibited for people to attack a Palestinian perpetrator of an operation after he has been injured or when he is posing no danger.

Mutzafi: “Do not listen to Staph because those who have mercy on the cruel will end up being cruel toward the righteous.”

Chief Rabbi of the city of Safed, Shmuel Eliyahu, called for all Israeli police officers and soldiers who allow Palestinian resistance fighters to live after their arrest:

“It is prohibited to keep the vandal alive after the operation, because if he is left alive, there is a fear that he would be released and then he would kill others,” Eliyahu wrote on Facebook.