Palestinian Resistance: Messages From The Streets 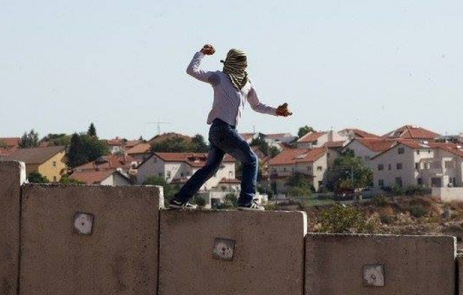 Many did not anticipate the current courageous, comprehensive, and vital reaction of the Palestinian people to Israeli policies and practices in Jerusalem. Young Palestinians from the West Bank and Jerusalem, Gaza and Israel have overcome humiliating internal divisions to defend Jerusalem as a national cornerstone of the Palestinian liberation project – politically, religiously, symbolically, morally and ethically. These young Palestinians exceed the limits of “rationality” and are acting on strong convictions and a deep sense of national awareness.Palestinian youth of the post-Oslo generation are courageously advancing the field of popular resistance. The implications of young Palestinians igniting clashes with Israel’s occupation forces raise numerous questions: Is this a third intifada? A popular struggle? Will it continue and for how long? And so on and so forth…

These questions are useless and the answers irrelevant in relation to the current situation in Palestine, since the Palestinians involved in current confrontations are not busy with such queries. Young Palestinians did not take to the streets according to a strategic plan; what motivates them to resist are the oppressive and provocative policies of occupation Israel implements without consideration for the heavy cost on Palestinian life.

These aforementioned questions, however, should be of the utmost concern to Palestinian leadership and political forces – ostensibly the holders of national vision and strategy. The articulation of clear questions is essential for a comprehensive analysis of the messages and lessons that are being conveyed by the current resurgence of Palestinian popular resistance.

First, the Palestinian political forces should note that the generation taking to the streets and sacrificing their wellbeing to resist is that of the post-Oslo period. This generation squares its shoulders to sacrifice to fight for Jerusalem under the rubric of Palestinian national struggle.

Considering Jerusalem’s national and symbolic significance, it is a grave mistake to comprehend this situation solely in terms of emotional or religious motivations. Jerusalem is the current face of the movement, but Jerusalem is a gateway issue to all other oppressive policies of the Israeli occupation. Since Jerusalem is only the tip of the iceberg, the movement’s momentum and vigour must move beyond emotion and commit to developing its political consciousness. A lack of political consciousness reflects political naivety, shallowness and escapism.

Some have gambled, both internally and externally, that the destructive policies and restrictions of the Oslo Accords would lead to the economic and cultural decline of the younger Palestinian generations, as well as their confidence and political power. What we are witnessing is a gift from the tumultuous storm the occupation has created; this gift contradicts pessimistic analyses and their corresponding meager expectations of meaningful Palestinian resistance.

The first messages proclaimed by Palestinian youth on the forefront of resistance is that the Palestinian people cannot be restricted, seized, or controlled because an awareness of fundamental rights is entrenched in Palestinian collective consciousness. In this sense, the collective will to assemble surpasses all other considerations. The profound and decisive message being said is that Israeli provocations touched a deep cord of national and personal dignity in Palestinians. The response of the Palestinian people has been direct and inclusive to a large extent so far.

The current youthful uprising against the occupation carries anger that is essential to Palestinian politics because it undergirds Palestinians’ refusal to give in to the plans and policies of the occupation. In this context, the message of young resistors is clear: we have reached a point of no longer being tolerant or understanding of any tampering with our cause for national and humanitarian rights. This is a message directed at the rhetoric of weak and impotent political Palestinians that is inconsistent with the reality of the Palestinian people, their rights and sacrifices, as well as their ability and willingness to resist.

Today’s resistors also say: the Oslo Accords have been completely exhausted, and in the end produced a net profit for the occupation. Oslo has succeeded in everything, except supporting the interests of the Palestinian people. For instance, in linking the Palestinian economy and the economy of the occupation with policies from donor countries and the World Bank, Oslo has imposed a neoliberal economic model on the Palestinian citizens. This has redoubled our suffering under Israeli occupation. It has created even harsher living conditions, poverty and unemployment, citizen loans, taxes and jobs dependent on unconditional funding from outside sources.

Palestinian resistors demand an end to negotiations. The negotiation process has consistently fallen short to the point that it is a proven failed strategy for Palestinian liberation. The lack of entrepreneurial spirit and vitality that accompanies the preoccupation with negotiations does not commensurate with the energy and the capacity of the Palestinian people. More importantly, it does not undermine the root of colonial occupation or its policy to violate Palestinian national rights.

Indeed, negotiation has a glass ceiling and is a limited strategy when it is the sole strategy of resistance. This is largely because the occupation succeeds in implanting propaganda and recipes for terrorism in all of its dealings. However, this impossible predicament has birthed the reconsideration of Palestinian popular resistance.

These messages ask Palestinian political forces to adopt the patience and initiative needed to develop to a new strategy based on the will of the Palestinian people and their motivation to end the occupation. Palestinian political leaders must sign onto the new project of national rights and the right to resist oppressive forces. Not only must they adopt this agenda, they also must take immediate and decisive action to invest in popular resistance and direct the resistance’s political goals as a national strategy. Palestinian leaders should push the achievements realized by the sacrifices and valor and determination of the youth movement on the streets.

Objectives that would reflect a healthy relationship with the youth’s movement include:

1. Standing against the division of the sacred al Aqsa mosque, temporally and spatially; demanding an end to archeological excavations and settler tours; and fighting for Palestinians’ right to freely access their holy sites in Jerusalem.

2. Putting an end to settlements and settler attacks against the Palestinian people, immediately and comprehensively.

3. Removing barriers between the Palestinian cities.

4. Demanding Palestinians’ right to access their land and fields freely, including those that are located behind the separation wall.

Of course developing specific strategic goals is necessary to guide the public’s energy toward efforts that can produce material results, even if only partial. Pursuing strategic objectives is not a substitute for an overarching national strategy that deals with the core issues of the conflict, such as the right to resistance, right of return, right to Jerusalem, the removal of settlements, access to water, right to self-determination, a full withdrawal to the borders of 1967, and, ultimately, inalienable national rights.

So far, the political leadership and Palestinian forces have showed signs of seizing this moment, rather than remaining confused or pushing for an unrequited truce that would allow the occupation to continue.

The messages of the Israeli colonial occupation have also been very strong and clear. They conquer the Palestinian people and bet on its labor and his frustration. However, this bet is failing.

In this context, contortion of Palestinian people’s consciousness is a real concern. This must be dealt with to ensure the Palestinian people are not engaged in divided modes of resistance to superficially meddle with the balance of power, but rather resist for the liberation of all Palestinian people. This would allow every citizen to possibly be a resistor, with the exception of a small group who are wed to the Palestinian conformist project. By recruiting so many people, this sort of movement can meaningfully undermine Israel’s security regime.

Israel’s actions (land confiscation and settlement, restrictions on the Palestinians, isolation of Jerusalem, etc.) combined with lessons emerging from these youth show that as the Israelis increase the suffering of the Palestinian people, so too will the anger and intensity of Palestinians’ response increase. Collective punishment, economic and psychological pressure has not and will not succeed in pacifying Palestinians; it will push them towards resistance. Current resistance reveals the shallowness of the occupation’s strategy to remain invested in Oslo. Palestinian popular resistance arose to confirm Palestinian people’s refusal of this strategy and its readiness to resist.

The basic message conveyed to the Palestinian people is through our blood. The determination and stubbornness of the Arab nation (meaning the Arab people, not the rulers and dominant classes) is sustained by the question of Palestine and cannot be put aside. The risks of destruction and systematic killing by the global colonial powers and the deadly and backwards forces of reactionary Arab states intend to liquidate the Palestinian cause exist. No matter how busy the Arab nation is, it should not forget that their success in overthrowing hegemony, corruption and division is linked to its loyalty to the question of Palestine.

On a global scale, the Palestinian popular movement conveyed to the so-called international community that all attempts to intervene in the Palestinian issue as a humanitarian one – rather than an issue of national liberation – is a poor and superficial approach. Many of the world powers accept Israeli allegations that describe the struggles and resistance of the Palestinian people as terrorism and Israel’s actions as a ‘self-defense.” This depiction of the conflict is a cover for the occupation’s inhumane practices and prolongs the suffering of the Palestinian people.

The gift of the resistance of the Palestinian people reveals the shallowness of these approaches and demonstrates that the Palestinian people do not pay heed to developments fraught with bias. Palestinians continue to move towards national objectives without hesitation. And on this basis, Palestine is exercising its right to resistance, whether spontaneous or organized. The resistance movement does not care how much or little is seen on media about the human rights violations of the occupation because its members already live and protest this reality.

Now, the political process must direct pressure towards the occupation and force it to comply with the international legal resolutions, without equivocation, and adopt the struggle of the Palestinian people as a matter of national liberation. The international community must act in solidarity and support for the Palestinian people from these measures and axioms, rather than humanitarian approaches, which have proven to do no good on their own.