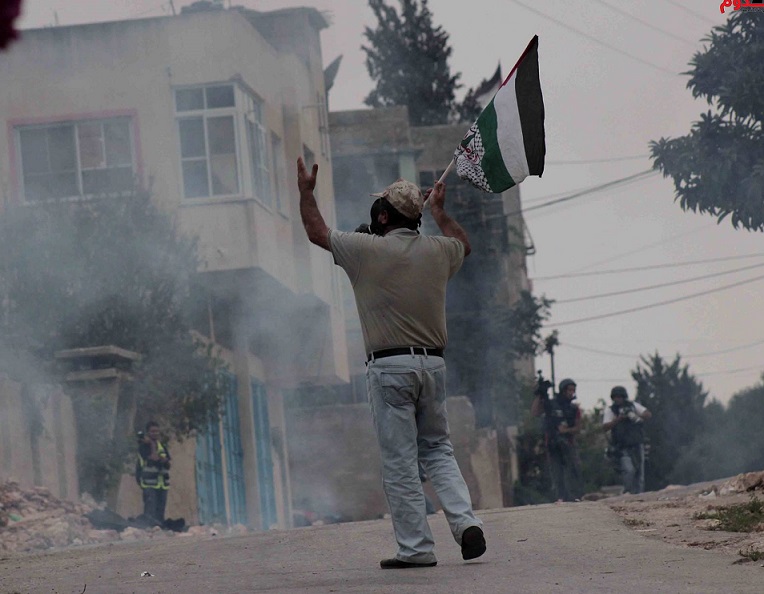 Dozens of Palestinians suffered the effects if tear gas inhalation, Friday, while around fifty trees were burnt, after Israeli soldiers invaded Kufur Qaddoum, in the northern West Bank district of Qalqilia, and assaulted the village’s weekly protest. Coordinator of the Popular Committee against the Wall and Settlements Morad Eshteiwy said that, shortly after the protesters marched from the center of the village, the soldiers started firing rubber-coated steel bullets, and dozens of gas bombs, causing scores of protesters to suffer the effects of tear gas inhalation.

Eshteiwy said that the soldiers also conducted training in Palestinian orchards belonging to the villagers, causing around fifty olive tree to burn.

The army used excessive force against the nonviolent protesters, and tried to prevent them from continuing their procession, an issue that led to clashes with local youths, who hurled stones and empty bottles on army vehicles, and burnt car tires.

Also on Friday, soldiers assaulted dozens of nonviolent protesters in Bil’in village, near the central West Bank city of Ramallah.