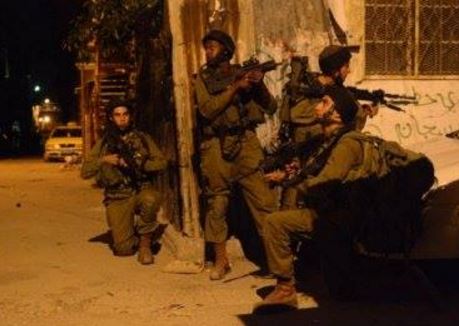 Medical sources have reported, on Saturday evening, that several Palestinians, including a child, have been injured by Israeli army fire in different parts of the occupied West Bank, and occupied Jerusalem. Israeli extremists destroy a hothouse near Jenin.The sources said a child, 13 years of age, was shot with two rubber-coated steel bullets in Hizma town, east of Jerusalem, and that one of the bullets struck him in the face, while the other in his left shoulder.

He was moved to the Palestine Medical Center in Ramallah; doctors said the wounded child suffered a moderate but stable injury.

In addition, a Palestinian teen was shot, also with a rubber-coated steel bullet, during clashes with Israeli soldiers invading the Bilal Bin Rabah Mosque area, north of the West Bank city of Bethlehem.

Medics said dozens of residents, including families, suffered the effects of tear gas inhalation, as the soldiers gas bombs targeting a number of homes.

Many injuries were also reported in Zabbouba village, west of the northern West Bank city of Jenin, during clashes with Israeli soldiers invading it.

The Red Crescent in Jenin said all of the wounded received treatment by local medics, and that many were shot with rubber-coated metal bullets, and the rest suffered the effects of tear gas inhalation, including resident Mohammad Taleb and his family, after Israeli gas bombs were fired into their home.