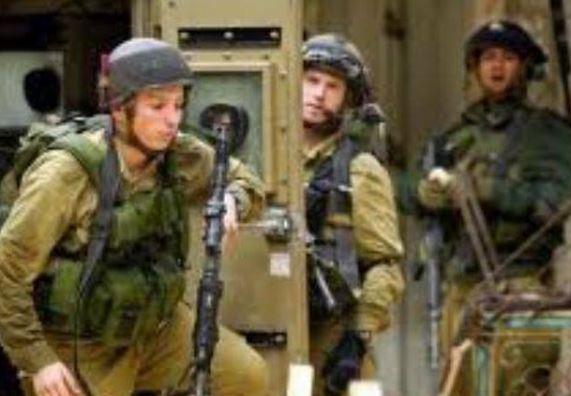 Palestinian medical sources have reported, Sunday, that three residents were shot and injured by Israeli army fire, two of them with live rounds during clashes with Israeli soldiers invading Sa’ir town, east of the southern West Bank city of Hebron. The sources said resident Yousef Warasna, 37, a another Palestinian, 30 years of age, were shot with live rounds, while a Palestinian driver was shot with a rubber-coated metal bullet in the eye.

Several Palestinians also suffered the effects of tear gas inhalation during the clashes.

In addition, soldiers surrounded the Ma’moun Medical Center in the town, and prevented Palestinian ambulances from reaching it.

The soldiers were also extensively deployed in the area, especially in Ras al-‘Aaroud, close to the main entrance of the town.

The army completely surrounded and isolated Sa’ir, and declared it a closed military zone.

The Israeli army said the invasion was carried out after an Israeli settler was stabbed, close to the entrance of Metzad colony, in the Gush Etzion settlement block.

According to Israeli Ynetnews, the settler, 58, was hit in the head after stones were hurled on his car, and that he pulled over and left his vehicle, ‘before a Palestinian dressed as an ultra-Orthodox man stabbed him in the chest.’

It added that the settler ‘opened fire on the attacker and wounded him, but he managed to escape towards Sa’ir.’

In addition, a Palestinian suffered life-threatening wounds, and another suffered a light injury, after paramilitary Israeli settlers opened fire on Palestinians, picking olives in their orchard, near the southern West Bank city of Hebron.