One Palestinian Killed, Another Seriously Injured, Near Nablus 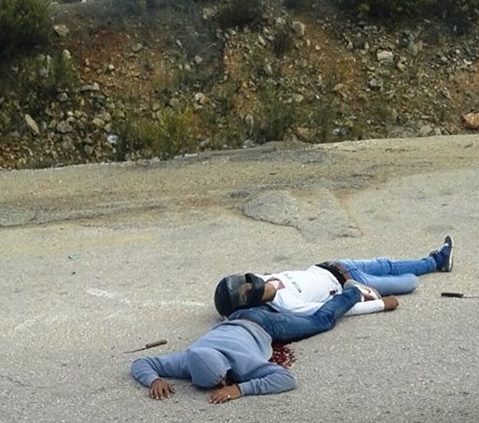 Israeli soldiers shot and killed a young Palestinian man, and seriously wounded another, near the Za’tara roadblock, south of the northern West Bank city of Nablus. The slain Palestinian has been identified as Qassem Saba’na, 20 years of age, from Qabatia town, south of Jenin.

The army claims the two attempted to stab soldiers.

The soldiers completely closed the roadblock, and prevented the residents from crossing in both directions, while more units were deployed in the area.

Abdul-Halim Ja’afra, head of the Red Crescent Emergency Services, said the soldiers allowed its medics to provide the young man with first aid, before an Israeli military ambulance moved him to an Israeli hospital.

Israel said the body of the slain Palestinian will be handed to the Palestinian side approximately at 4 P.M.