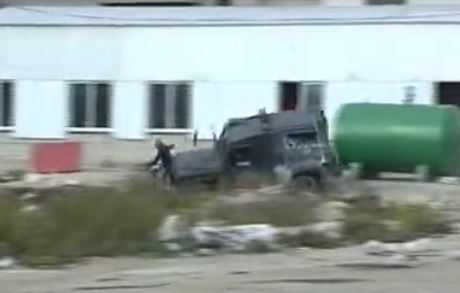 Israeli soldiers rammed with their military jeep a young Palestinian after deliberately targeting him, and assaulted several medics and journalists, at the northern entrance of the central West Bank city of al-Biereh. Palestinian medics attempted to provide the wounded young man with the needed medical care, but the soldiers attacked them, and hurled gas bombs and concussion grenades on them, wounding four; one was moved to hospital.

The young man suffered various injuries before the soldiers assaulted and kidnapped him.

Soldiers also attacked cameraman Monther al-Khatib, and attempted to smash his camera, and when other journalists intervened, they were also attacked and beaten; one of them has been identified as Dia Houshiyya.

In addition, the soldiers fired gas bombs at several journalists causing many to suffered the effects of tear gas inhalation. One of the wounded has been identified as WAFA cameraman Eyad Jadallah. 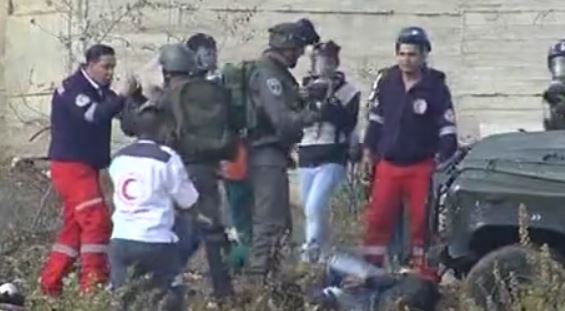