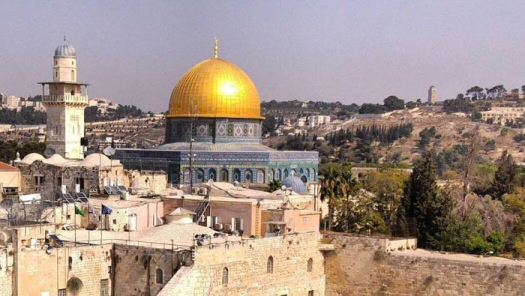 Without attention to the fact that Israel is an occupying force, cameras at al Aqsa mosque will easily become a tool of the occupier.Israeli forces removed cameras Monday set up around the al Aqsa mosque by the Islamic Waqf – the Jordanian custodians of the Mosque, as per Israel and Jordan’s status quo agreement.

The Waqf installed the security cameras two days after U.S. Secretary of State John Kerry announced that cameras would be placed in the compound to assure the world that Israel abides by al Aqsa’s status quo.

Netanyahu released a statement after the Israeli police intervention, charging that “professionals” are meant to coordinate the installation of cameras and that “the cameras will be installed according to arrangements that will be agreed upon by the various sides.”

The Palestinian News and Info Agency reported that as the police removed the cameras, a group of settlers forced their way onto the compound with police protection.

Settlers’ concomitant presence on Monday morning is not surprising; not only are settler incursions an almost daily occurrence into the al Aqsa compound, but the Waqf installed the cameras at Mughrabi Gate, which is where settlers usually enter the compound.

Though Netanyahu was quoted telling the Knesset that the transparency provided by cameras al Aqsa is “good for us” because “we have nothing to hide,” it is difficult to believe that the police’s quick response and the location of the cameras is coincidental. Rather, it seems that Israel will approach this new security mechanism the same way it treats all others in the area – with brute authority and to the benefit of right-wing Israelis.

After the incident, the Islamic Waqf released a statement condemning ‘Israel’s intervention in the management of the mosque” and added Israel’s confiscation of cameras is “proof that Israel wants to install cameras serving their own interests and does not want cameras exposing truth and justice.’

Security cameras at al Aqsa were allegedly King Abdullah’s suggestion in last week’s talks between the U.S., Israel, Palestine, and Jordan. Kerry ardently supported the idea describing it as “an excellent” one.

Abduallah’s idea and Kerry’s support for it reflect politicians’ increasing tendency to propose security cameras as a solution to discriminatory policing. The Obama administration – of which Kerry is a part of – initiated a pilot project in the U.S. to fund body cameras in police departments as a way of combating U.S. police officers’ propensity to shoot-to-kill unarmed black citizens.

Though generally supportive, activists in the U.S remain wary of increased surveillance as an antidote to violent policing. Many call for additional stipulations to account for the power imbalance between civilians under arrest and officers. For instance, while Black Lives Matter activists support body cameras, they also demand civilians’ right to anonymity, ability review the footage themselves or with relatives, and freedom to release it to the public or have it deleted. The right for civilians to record the police unobstructed undergirds these requirements.

The Israeli police early expression of force around the cameras at al Aqsa and the Waqf’s assessment of these intentions indicate that if cameras are to be installed at the site, mechanisms to account for the political environment that gave rise to their demand must follow. Without attention to the fact that Israel is an occupying force, the cameras will easily become a tool of the occupier.