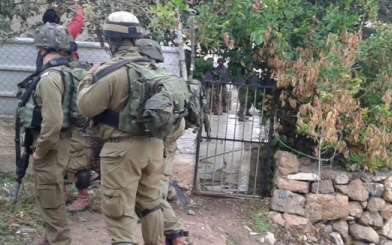 This Saturday morning, Israeli soldiers invaded the Youth Against Settlements center in Hebron and, also, the house of its coordinator.According to YAS Facebook page, Israeli forces detained three activists: Issa Amro, YAS coordinator, Francesca Borri an Italian Journalist and another German activist not identified as of yet.

At this moment, “they are all locked inside the center, banned from using their phones or the internet. The IOF is not allowing anyone to get in or get out of it.”

Settlers are in the center destroying property and tampering with its contents, with the help of the Israeli military, according to PNN.