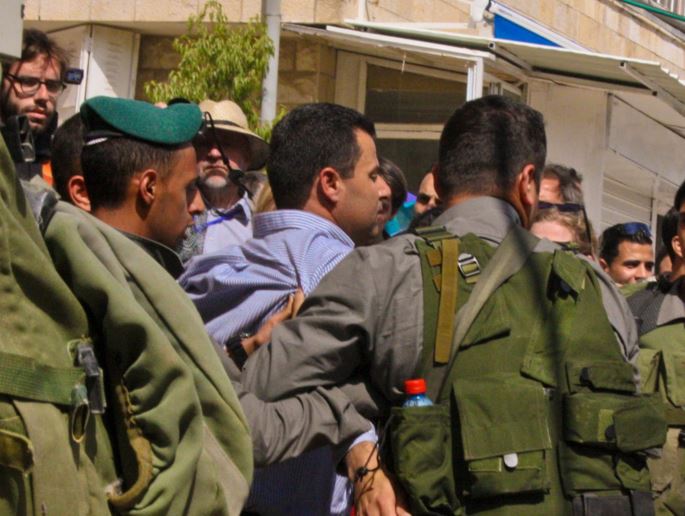 Israeli soldiers have kidnapped, on Sunday evening, two Palestinians in the southern West Bank district of Hebron, while extremist settlers attacked and wounded a child. Clashes took place in Sinjel near Ramallah.The soldiers invaded Hebron in addition to the al-Fawwar refugee camp, south of the city, kidnapped one Palestinian identified as Abdul-Rahman Waleed at-Teety, 18, from al-Fawwar, and a young man, near the Ibrahimi Mosque in Hebron.

The soldiers also stopped and questioned many Palestinians while examining their ID cards, and continued their strict closure and measures isolating the city.

Medics rushed to the scene and moved the wounded child to the Hebron Governmental Hospital for treatment.

In addition, clashes took place near the southern entrance of Sinjel town, north of the central West Bank city of Ramallah, after the soldiers invaded it.

Eyewitnesses said the clashes erupted after around eight Israeli military villages invaded the town, and conducted searches in it, and the nearby Turmus Ayya town. The army fired flares, rubber-coated steel bullets and gas bombs; no arrests of injuries were reported.