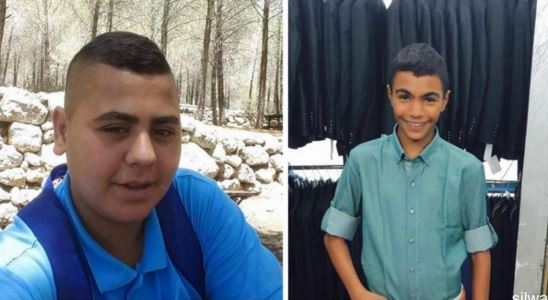 Israeli soldiers have kidnapped, on Monday morning, a Palestinian child in the al-‘Isawiyya town, in occupied Jerusalem, while three children and a young man were kidnapped Silwan town, Sunday. The Wadi Hilweh Information Center ion Silwan (Silwanic), said the soldiers invaded, on Monday morning, the al-‘Isawiyya town, and kidnapped a child, identified as Mohammad Adnan ‘Obeid, after invading and searching his family’s home.

In addition, soldiers and security officers searched several homes, and photographed the ID cards of many young men while interrogating them.

On Sunday at noon, the soldiers kidnapped Mohammad Odah, 14 years of age, in Be’er Ayyoub neighborhood, kicked and clubbed him, causing various cuts and bruises, before taking him to an interrogation center in Jabal al-Mokabber.

The soldiers also kidnapped Mosallam Mousa Odah, 15, in the ath-Thoury neighborhood in Silwan and took him to the Oz Police station.