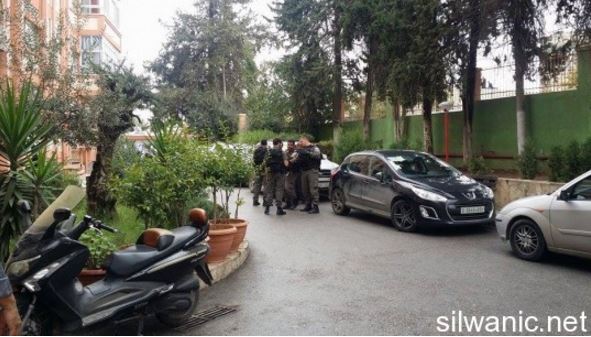 Israeli soldiers invaded, on Monday morning, the al-Makassed Hospital in the at-Tour town, in occupied Jerusalem, and searched admission records, looking for the name of a wounded child. The invasion is the fifth since October 10.The Wadi Hilweh Information Center in Silwan (Silwanic) said dozens of undercover soldiers, uniformed troops and police officers stormed the hospital, accompanied by several Israeli security agents.

The army surrounded the hospital prior to invading it, and closed all roads leading to it, Silwanic said.

Eyewitnesses stated that the soldiers invaded the hospital’s administration office, and started questioning employees, in addition to checking admission records, looking for the name of a wounded child, who is believed to have received treatment there, before the soldiers kidnapped him after his discharge.

The army claims the wounded child was involved in clashes with the soldiers, and that he was shot and injured before he was moved to the al-Makassed for treatment.

The invasion, and serious violation of all international agreements and human rights conventions, is the first this month, and the fifth since October 10.

The first invasion into the medical center took place on October 10th, when the soldiers stormed the hospital and its urgent care units, looking for Palestinians, who were shot and injured by the army, after the soldiers killed a young man, identified as Mohammad Ali, in Bab al-‘Amoud.

During the invasion, the soldiers searched private cars, ambulances, in addition to several branches in the hospital itself.

The second invasion took place on October 27, when the soldiers stormed the administration building and Urgent Care Units, looking for the medical records of 16 years of age child.

The soldiers interrogated nurses and physicians, including the doctor who treated the child, and summoned another doctor for interrogation.

The third invasion took place on October 28, when the soldiers searched rooms, and confiscated a computer that monitors and records the hospital’s surveillance.

The fourth invasion took place on October 29, and was carried out by undercover soldiers and regular units; the army fired dozens of gas bombs, concussion grenades and rubber-coated metal bullets, injuring several workers and patients.