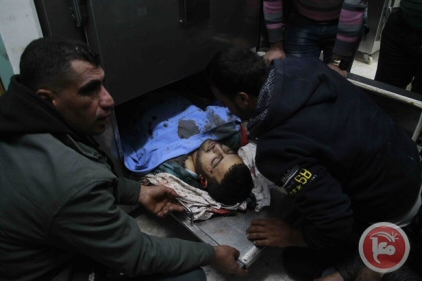 Doctors Without Borders (MSF), on Thursday, condemned Israel’s undercover arrest raid committed earlier that day at al-Ahli hospital, in the occupied West Bank city of Hebron.In a statement, the organization urged ‘the relevant military authorities to respect the special status that [International Humanitarian Law] grants to medical facilities and the wounded and sick.’

The organization said that Azzam Ezzat Shalalda, 20, who was shot by an Israeli settler last month, was a patient of MSF and was being treated in their Mental Health Support Program ‘for victims of political violence.’

MSF said, according to Ma’an News Agency, that the way in which Shalalda was detained was ‘serious’ and contrary ‘to the principles of neutrality and respect of the medical mission. International Humanitarian Law requires the respect of health facilities and forbids any intrusion of the armed forces in these structures,’ adding that international law ‘demands that sick and wounded people would be treated without any discrimination in conformity with medical ethics.’

During the undercover raid, Shalalda’s cousin, Abdullah Azzam Shalalda, 28, was shot and killed while coming out of a bathroom in the hospital ward, unaware of the arrest raid taking place. His other cousin, Bilal, who was in the room with Shalalda was handcuffed during the incident, but not detained.

MSF demanded that the relevant authorities inform and train ‘members of the armed forces on their obligation to respect medical facilities and personnel, as well as patients… and their caretakers’ in order to prevent another incident of this kind.

Shalalda, who was detained during the undercover raid, was still in recovery after undergoing three surgeries at the hospital where he was admitted mid-October.

MFS said the organization is ‘very concerned about the fate of the patient taken away from the hospital and strongly demands to the Israeli authorities to provide the adequate medical attention and information on his conditions in the shortest delay.’v

MSF also requested that Israel allow Shalalda to continue his mental health treatment through the organization.