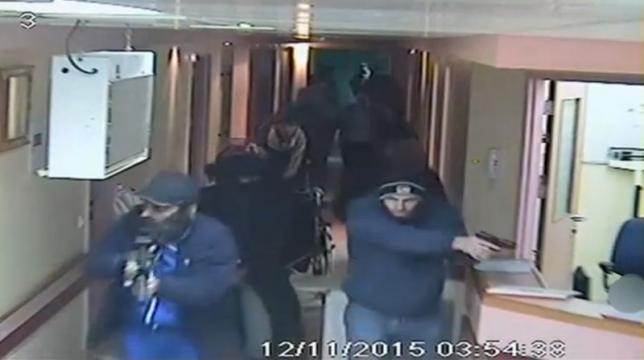 Secretary-General of the Palestinian Ministerial Cabinet, Ali Abu Diak, said that the Acting Palestinian Prime Minister Rami al-Hamdallah issued direct orders to the police and security forces to form a special security force responsible for protecting hospitals and medical centers. Abu Diak stated that the invasion carried out by Israeli Undercover Forces into the al-Ahli Hospital in the southern West Bank city of Hebron which led to their murder of Abdullah Shalalda and abduction of his seriously wounded cousin Azzam Shalalda, is a very serious escalation and a crime added to the long list of Israeli violations.

“This is a war crime, a violation of International Humanitarian Law, and all related international agreements,” he said, “Israel is escalating its war crimes, its crimes against our people, our hospitals and holy sites.”

He said the invasion was carried out by “gangsters of undercover Israeli soldiers, and military units, who also invaded the Specialized Arab Hospital in Nablus last month, and repeatedly invaded the al-Makassed Hospital in Jerusalem. This incident should show the entire world that Israel is ongoing with its crimes and violations.”

“Those are premeditated crimes, terrorist attacks, carried out in front of the entire world”, he added, “Israel is just proving to the world that it violates, and will continue to violate International Law.”

He also said that the government is reiterating its demand to the International Community, and the United Nations, to provide the needed protection to the Palestinian people, to end the occupation, and prosecute those responsible for these crimes in the International Criminal Court (ICC).