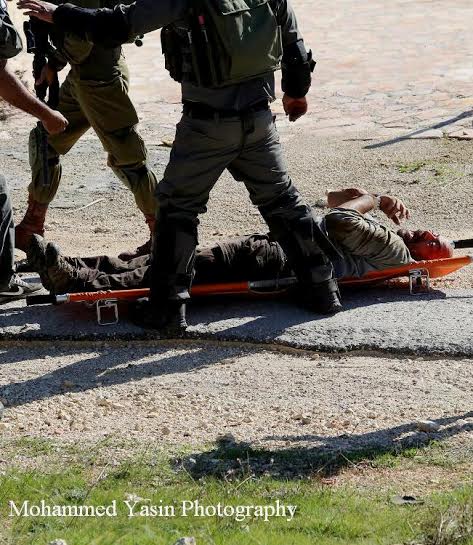 Israeli soldiers on Friday assaulted the weekly nonviolent protest against the Apartheid Wall and illegal Israeli colonies, in Bil’in village, west of the central West Bank city of Ramallah, kidnapped three international activists and one Palestinian. Code Pink has reported that the army kidnapped Ariel Gold, from New York, during the nonviolent weekly protest, and took her to an unknown destination.

Photographer Hamdi Abu Rahma, from Bil’in, said the soldiers kidnapped two Americans, and a Palestinian, and that the army violently assaulted an Italian man, sprayed him with pepper-spray and kidnapped him.

Abu Rahma added that the army denied medical attention to the wounded Italian peace activists after kidnapping him from a Palestinian ambulance as the medics were trying to provide him with the needed care.

He stated that such allegations from a military commander are very serious, ‘One day those will not just be words, such false claims against us, will eventually lead them to killing or wounding us; they did that to others this past month.’

The International Solidarity Movement (ISM) reported that the soldiers kidnapped Mohammad al-Khatib from Bil’in, along with an American Jewish Code Pink activist, a Finnish activist and an Italian activist. The soldiers assaulted the Italian activist, Antonio Fresta, and repeatedly pepper-sprayed him in the face at close range.

‘At approximately 1pm two women, an American and a Scandinavian, were walking along the road near to the wall with 3 other people when Israeli Forces advanced and detained both of them. When Mohammad al-Khatib approached the Israeli forces to question why the women were being detained, he was also detained and arrested.

The soldiers then shot several rounds of teargas across the valley, and ran after a Chilean and Italian filming nearby.”

‘According to Australian ISM volunteer Phoebe, who was also present at the scene, ‘there were just a few men throwing stones at the wall, far away from two jeeps, and far away from those they arrested, and then they seemed to come directly for our friends and arrest the first Palestinian who came near them.”

‘While moving away from the rain of teargas, the Italian was chased, beaten and pepper-sprayed repeatedly, before being arrested and dragged into a jeep by Israeli forces. Despite the fact that he did not resist arrest nor break any perceivable law in his actions, he was denied medical assistance from the nearby ambulance and was taken directly into custody.’

The Chilean activist stated ‘We were running because they were shooting and I think Antonio fell. They sprayed him right in the eyes again and again. I told them we were not doing anything wrong, but they just kept going.’ 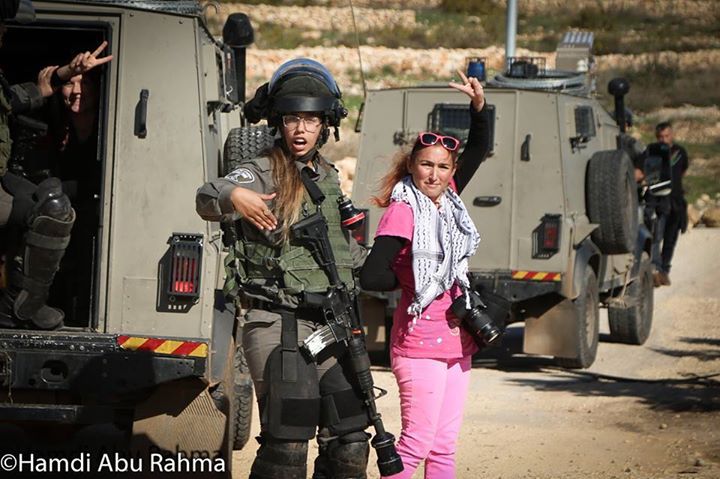 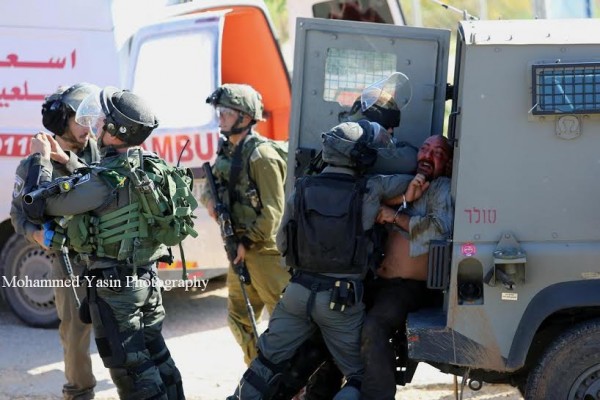 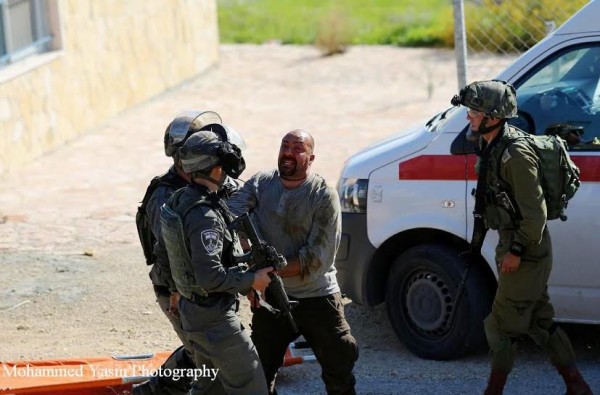