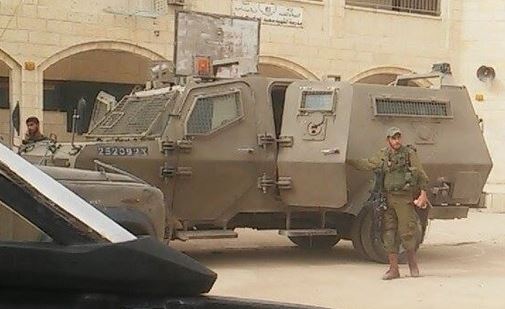 After several media agencies dubbed the incident as a deliberate attack by a Palestinian driver, near Ramallah, the Israeli military said what happened in Jerusalem, leading to the death of the Palestinian driver, and the injury of four Israelis, is a traffic accident.Israeli sources said one of the four wounded Israelis suffered moderate injuries, and the three other passengers suffered light injuries. The driver of the Palestinian car died of his wounds.

Israeli Police spokeswoman Luba Samri said what happened was “a traffic accident in the area between Psagot and Kokhav Ya’akov settlements, leading to the death of a young Arab man and the injury of three Israelis.”

She added the police was investigating the accident, and what caused it, but it is “not a deliberate attack.”

In other news, the Israeli army said it was looking for a Palestinian vehicle that sped through a military roadblock, on Road #60 near the al-Khader town, south of Bethlehem.

The soldiers invaded al-Khader looking for the car, but said that the driver was not involved in any attack, and that they are “just looking for him from crossing the roadblock without inspection.”