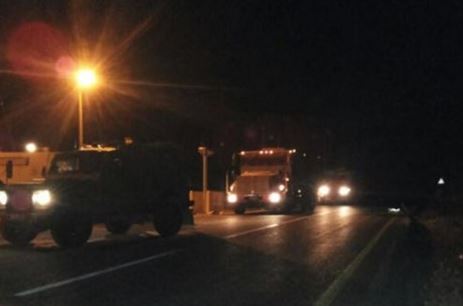 Israeli soldiers conducted massive invasions and searches of homes and property, beginning in the late night hours on Sunday, and continuing through Monday at dawn, in different parts of the southern West Bank city of Hebron and nearby communities, and kidnapped five Palestinians.The soldiers invaded Beit Ola town and stormed the Islamic Charitable Society after smashing its main door. They ransacked the office, causing excessive damage before confiscating computers, documents and other equipment.

Hatem al-Bakri, the head of the Society’s Administrative Board, said the group provides educational, social and medical services to more than 4000 orphans, and that the Society has been a target for the Israeli military for many years.

‘We have no political affiliation with any political party or group,’ he said, ‘By targeting us, Israel is harming more than 4000 orphans, who could end up homeless if they lose our support.’

In Hebron city, the soldiers kidnapped Amer Safeeq al-‘Oweiwy, 31, from his home in the Salaam Street, Husam Fakhri al-Hashlamoun from his home in Abu Kteila area, Hamza Abdul-Halim Abdul-Majid, 22, from al-Qate’ area, and Husam Shaher Ahmad Natsha, from the Eissy area.

Another Palestinian, identified as Mohammad Rajeh Abu Na’ous, was kidnapped from his home in Yatta town, after the army stormed and ransacked his property.

The soldiers also searched dozens of homes in the Salaima, Jaber, Qeitoun, Tal’at Abu Hadeed, Tal’at at-Takroury and Jroun Jarad neighborhood. The soldiers took names and ID numbers, in addition to other information about the residents of the invaded homes.

In addition, the soldiers stormed the home of Ra’ed Jaradat, who was killed by Israeli army fire on Monday, October 26th, and took measurements of the property, apparently in preparation to demolish it.

The army further invaded the home of detainee Azzam Shalalda, who was kidnapped by Israeli undercover soldiers while receiving treatment for his wounds, in the al-Ahli Hospital in Hebron; the soldiers also assassinated his cousin Abdullah Shalalda who was with him in his hospital room.