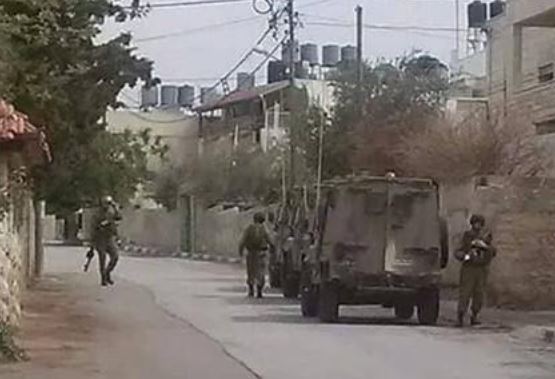 Israeli soldiers kidnapped, on Monday at dawn, two Palestinians in Nablus, and two in Jenin, in the northern part of the occupied West Bank, during military searches that targeted many homes. The soldiers invaded the eastern neighborhood in the northern West Bank city of Jenin, violently searched several homes and attacked many Palestinians, before kidnapping two residents identified as Anas ‘Attoum and ‘Alaa Wishahi.

The soldiers confiscated money from the Wishahi family home, and fired several rounds of lie ammunition during the invasion.

In Nablus, the soldiers invaded ‘Askar refugee camp, east of the city, stormed and ransacked a number of homes, and kidnapped two Palestinians, identified as Saber al-Lahham, 32, and Mohammad Ahmad Nabhan, 30.

In related news, the army conducted massive invasions and searches of homes and property, beginning in the late night hours on Sunday, and continuing through Monday at dawn, in different parts of the southern West Bank city of Hebron and nearby communities, and kidnapped five Palestinians.