Soldiers Attack And Kidnap A Child In Hebron, Invade Homes 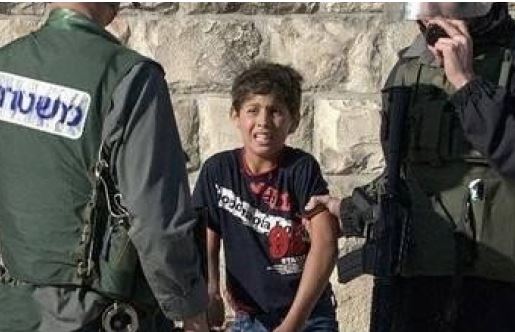 Israeli soldiers kidnapped, on Tuesday at night, a Palestinian child after repeatedly kicking and beating him, and stormed many homes, in Hebron city, in the southern part of the occupied West Bank.The soldiers assaulted the child, who remained unknown until the time of this report, as he was crossing a street, in the center of Hebron city, and kidnapped him after causing various cuts and bruises.

In addition, the soldiers invaded and violently searched several homes in the ar-Rahma Mountain area, in Hebron, and the nearby Be’er As-Sabe’ Street, and interrogated many families.

Soldiers Kidnap 10 Children, 2 Journalists And A Young Man, In Jerusalem