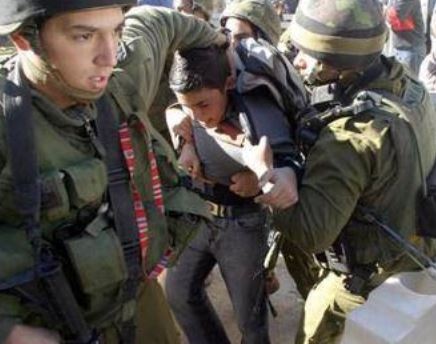 Israeli soldiers have kidnapped, on Wednesday, eight Palestinians, including four children, during massive invasions and searches of homes, in different parts of the Hebron district, in the southern part of the occupied West Bank.The soldiers stormed and violently searched dozens of homes in the Hebron district, interrogated many Palestinians and kidnapped the eight residents identified as:

Mohammad Awad, coordinator of the Popular Committee against the Wall and Settlements in Beit Ummar town, said the soldiers invaded Safa area, and searched the home of Kassab Ali Abu Dayya, before kidnapping his son, Mohammad, adding that Kassab has another son, identified as Sa’id, 18 years of age, who was kidnapped several months ago, and is still held by Israel.

Awad stated that the soldiers also invaded Janba village, east of Yatta, searched a few caves and tents, and forced the al-Jabarin and Abu Arram families out of their homes and Dwellings for several hours.