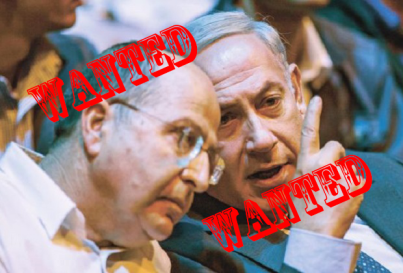 South Africa issued, on Tuesday, an arrest warrant against four Israeli officials over their role in deadly attacks on pro-Palestinian international activists.Boycott, Divestment and Sanctions Against the Israeli occupation in Africa said, in a statement: “South Africa’s Directorate of the Priority Crimes Investigation Unit has issued warrants of arrest against four Israeli commanders from the Israeli Navy and Israeli Defense Forces.”

“This decision,” African BDS said, “follows a four-year-long case involving a South African journalist, Gadija Davids, who was on board the Mavi Marmara when it was attacked by Israeli commandoes while in international waters in 2010.

“In November 2012, South Africa’s Priority Crimes Litigation Unit, found that the case met the necessary jurisdictional requirements and that reasonable grounds exist to investigate the alleged crimes that were committed during the Israeli attack on the Mavi Marmara.”

Just days ago, a Spanish judge reopened a case that, theoretically, could lead to the arrest of Prime Minister Benjamin Netanyahu, Defence Minister Moshe Ya’alon, MK Benny Begin and several former top Israeli officials over their role in the same incident.

Three Spanish citizens aboard Mavi Marmara had originally filed a lawsuit against the Israeli occupation in 2010, but the court decided it no longer had the authority to prosecute foreign nationals for alleged crimes committed outside of Spain.

In recent days, Judge Jose de la Mata found a legal loophole that allowed him to relaunch the case against Netanyahu and the other Israelis if they entered Spanish territory.