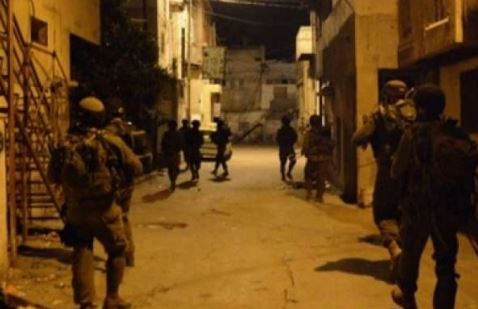 Several young men hurled stones and empty bottles on the invading soldiers who fired live rounds and rubber-coated steel bullets, wounding at least four Palestinians; one of them was moved to a local hospital.

In addition, the army summoned four Palestinians for interrogation in the Etzion military and security base, south of Bethlehem.

They have been identified as Abdullah Nayef Daoud Salem, 18, his brother Mohammad, in addition to former political prisoner Wisam al-Hasanat and Amer Sami Hajajra, 33.

On Wednesday evening, the army invaded the al-Moshahed area, at the western entrance of Husan town, west of Bethlehem, broke into several shops and stores, and confiscated their surveillance cameras.

The army claims it invaded the town after a Molotov cocktail was hurled on a settler’s car driving on a bypass road.

Husan has been targeted by frequent Israeli military invasions, in addition to ongoing attacks by illegal settlers.