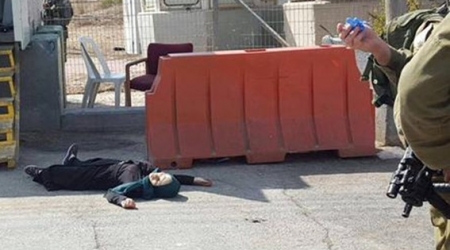 Defense for Children International – Palestine has confirmed that Israeli forces have killed 16 Palestinian children in separate incidents across the occupied West Bank, including East Jerusalem and the Gaza Strip, since the beginning of October.The number of Palestinian children who have killed since the beginning of this year amounts to 21, Al Ray reports.

DCI-Palestine confirmed that 16 Palestinian children were killed between October 5 to November 10, 14 of whom were killed by live fire.

272 children were also reported injured by Israeli forces, since the beginning of October.

The director of investigation for DCI-Palestine, Aayd Abu Qutesha, refuted the claims of Israeli soldiers who said that these children were killed for carrying out stabbing attacks, explaining that the military could use alternate methods without resorting to live fire. He added that this type of killing is considered extrajudicial.

He pointed out that seizing the bodies of the children is, in fact, a collective punishment against their families, who were also deprived the right to anatomize their bodies.