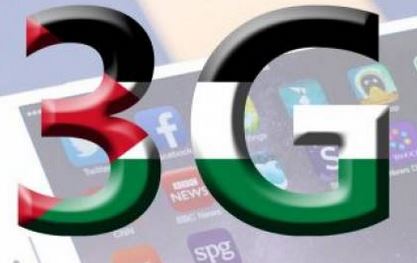 The Israeli Authorities agreed, on Thursday, to release the 3G frequencies and equipment that Tel Aviv has been holding for many years, thus allowing the Palestinian telecommunication companies to provide residents with 3G services.Israel had been denying the Palestinians access to 3G technologies for what it called “security issues”, saying the government needed to conduct a series of measures to “ensure the security of Israelis” and to resolve other technical issues through the Communications Ministry.

Despite the agreement to open the technology, Israeli authorities say they will retain full control over the allocation of the needed Radio frequencies that would be operational in the occupied West Bank.

The companies are hoping to begin providing 3G soon, to enable the customers to access the Internet from their mobile phones in addition to text and phone calls.

Hussein al-Sheikh, the Palestinian Civil Affairs Minister, said in a statement that the agreement allows telecommunications companies to start the actual implementation on the ground.

It is worth mentioning that Israel’s Communications Ministry started allocating 4G frequencies to Israeli providers earlier this year.

Under the Oslo Agreement of 1993, signed between Israel and the Palestine Liberation Organization (PLO), Israel maintains full controls over all frequencies, and grants the Palestinians limited access, an issue that prevented Palestinians from gaining access to advanced telecommunication technologies in the West Bank and the Gaza Strip.

Ma’moun Matar, a Palestinian telecommunications expert, said the release of 3G service in the Occupied Territories is a positive move, but still falls behind the current developments in this field around the world.

“The two companies (Paltel and Wataniyya) will encounter losses if 4G is allowed soon,” he said, “They would have to reinvest tens of millions of dollars in new equipment; there are many vast differences between 3G and 4G, as the first allows speeds reaching up to 15MB, while 4G speeds vary between 25 and 80 Megabits.”

He also stated that he believes Israel decided to allow the Palestinians access to 3G services as part of the recent understanding reached between Israel Prime Minister Benjamin Netanyahu, and US Secretary of State John Kerry, as part of a series of moves “meant to reduce the current tension and escalated clashes in the occupied territories.”