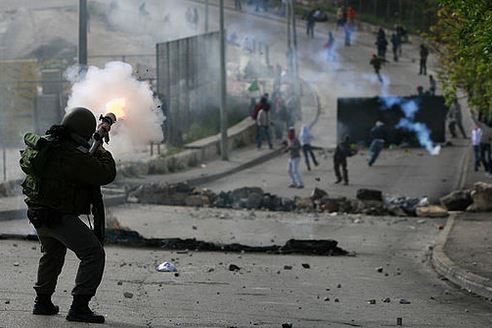 The Palestinian Health Ministry has reported that the number of Palestinians killed by Israeli fire since October 1 has reached 91, including 18 children and four women. More than 10,000 Palestinians were injured, including at least 1458 who were shot with live army fire, and 1070 shot with rubber-coated steel bullets.This report came after Shadi Zohdi Arafa, 28 years of age, was killed by Israeli soldiers near the Gush Etzion Israeli colony, south of Bethlehem in the occupied West Bank.

Another Palestinian, identified as Mahmoud Sa’id ‘Oleyyan, 22, died of serious injuries he suffered ten days ago, after Israeli soldiers invaded the Palestinian city of al-Biereh.

The Ministry said that 72 Palestinians have been killed by Israeli fire in the West Bank since October 1, 18 in the besieged Gaza Strip, and one in the Negev. One of the women who were killed, identified as Nour Rasmie Hassan, age 30, died along with her 2-year old child in an Israeli air strike.

84. Rahaf Yahya Hassan, two years old. Killed along with her mother in an Israeli airstrike. 10/11