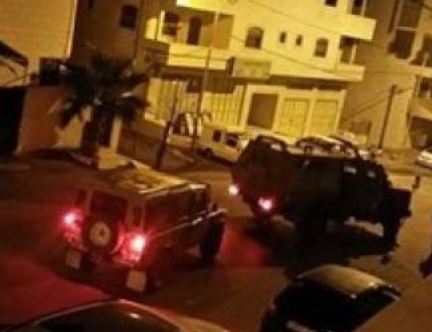 In addition, many military vehicles invaded various neighborhoods in Sa’ir town, northeast of Hebron, before the soldiers stormed and ransacked many homes, and kidnapped Baleegh Mohammad Abed Jaradat, 44, and Samaha Jamal Hussein Kawazba, 25.

The soldiers also installed roadblocks in a number of neighborhoods in Hebron city, and Jouret Bahlas area at its northern entrance, in addition to the main entrances of Halhoul and Sa’ir towns, before stopping and searching dozens of cars, and examined the ID cards of scores of residents while interrogating them.

Also on Saturday at dawn, the soldiers invaded the Hebron Radio, in Hebron city, and shut it down for six months, after confiscated its equipment.