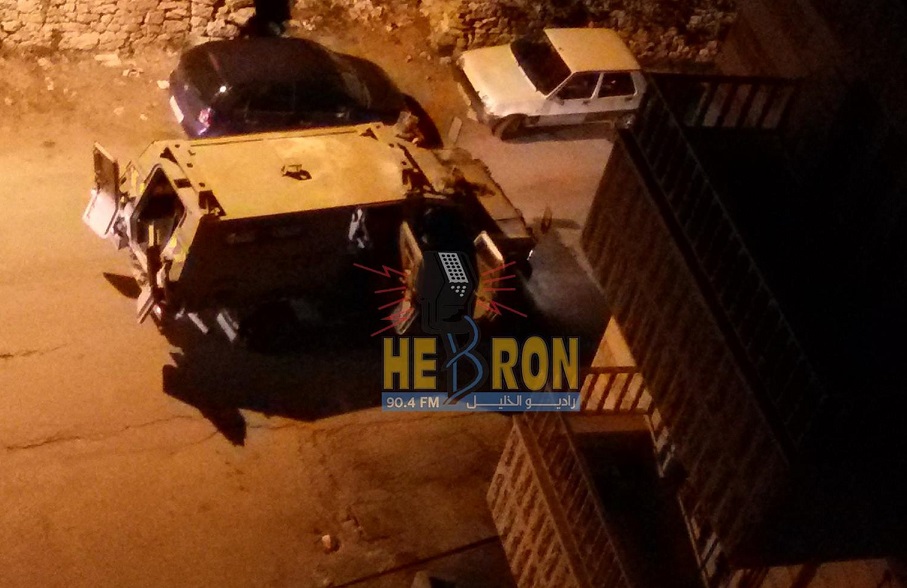 Israeli soldiers invaded, on Saturday at dawn, the Hebron Radio in the southern West Bank city of Hebron, confiscated its equipment and ordered it shut for six months.Media sources in Hebron said several Israeli military vehicles, and jeeps, invaded the Department of Motor Vehicles Street, after completely isolating the area, before breaking into the radio station and confiscating all of its equipment.

The soldiers removed all broadcast equipment, surveillance cameras, and violently searched the station, causing excessive property damage before informing the staff that the station is now closed, under direct military orders, for six months.

The soldiers also said that even entering the station, and its media center, is forbidden for the same period.

Journalist Ez al-Haddad said the invasion, and the shutting down of the station, ‘shows the arrogance and terrorist nature of the Israeli occupation that targets various media outlets.

He added that around thirty persons work in the Radio station, including journalists and administrators, and that ‘no matter what Israel does, the journalists will continue to expose the criminal nature of the Israeli occupation.’

On Tuesday at dawn, November 3, dozens of Israeli soldiers broke into the al-Huriya Radio, in Hebron, and violently searching it, causing significant property damage, and also ordered the media network shut for six months.

On Sunday at dawn, October 11, the soldiers invaded the offices of the Palestinian Centre for Rapprochement (PCR)/ International Middle East Media Center (IMEMC), and searched them.