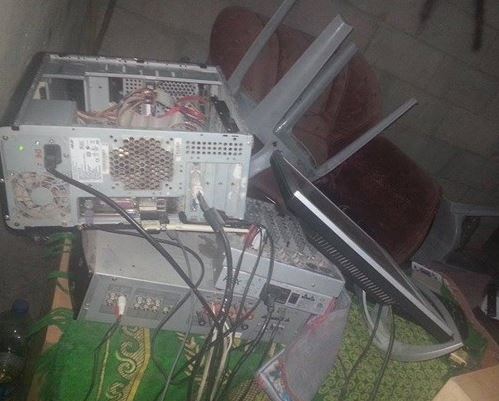 The Israeli army carried out, late at night and on Sunday at dawn, massive invasions into hundreds of Palestinian homes, in the Hebron district, in the southern part of the occupied West Bank, and kidnapped at least 19 Palestinians, including a wheelchair-bound man. Media sources in Hebron said hundreds of Israeli soldiers surrounded and invaded Beit ‘Awwa town, broke into and violently searched more than 150 homes, deliberately causing damage to their furniture and property, and kidnapped five Palestinians.

The WAFA News Agency said the soldiers caused excessive property damage to the invaded homes, and stole gold from a home belonging to resident Mahmoud Yassin, in addition to summoning Moath Jihad Abu Ghalia for interrogation in the Etzion military base.

The soldiers completely isolated Beit Awwa town after placing sand barriers on its entrances, and after closing its iron gate, preventing the Palestinians from entering or leaving the town.

In addition, media spokesperson of the Popular Committee in Beit Ummar town, north of Hebron, Mohammad Ayyad Awad, said the army kidnapped five Palestinians, including two children, in the Safa area, after more than 100 soldiers invaded it and stormed homes.

The soldiers assaulted and struck the detainees with clubs and batons, before cuffing them, and forcing them to walk with them to the Etzion military base.

In Hebron city, the soldiers kidnapped Raed Shawkat Mohammad al-Fakhouri, 43, and Monjed al-Ja’bari, from their homes, and broke into the home of Eyad Da’san al-Ja’bari before using tools to destroy the floor of the building.

Two Palestinians have also been kidnapped in Taffouh town, west of Hebron, after the soldiers invaded and searched their homes. They have been identified as Fares Khalil Ahmad at-Tarda, and Ra’fat Mohammad at-Tarda.

In the Shiokh town, the soldiers invaded the building of the Islamic Charitable Society, for the third time in less than two weeks, and confiscated all of its furniture and equipment, including tables, chairs, files and electric supplies.

Also in Shiokh, the soldiers invaded a medical center and confiscated several medical supplies and equipment in addition to deliberately destroying equipment.

The army loaded the illegally seized medical supplies and equipment into military trucks, and withdrew from the village.

In addition, the soldiers broke into several stores in Ethna town, west of Hebron, and invaded the al-‘Arroub refugee camp, north of Hebron, while firing gas bombs, causing many families to suffer the effects of tear gas inhalation.

In the Tabaqa village, south of Hebron, the soldiers kidnapped a former political prisoner identified as Husam Abu Ras, who was released from an Israeli prison only a week ago.

On Saturday evening, the soldiers invaded many homes in Ya’bad town, southwest of the northern West Bank city of Jenin, after forcing the several families out in the cold, and interrogated many Palestinians.

The army claimed it was looking for youngsters who hurled a Molotov cocktail on a military vehicle, driving near the town.

The soldiers threatened to completely isolate the town with sand hills and barriers “should the residents continue to clash with the army.” 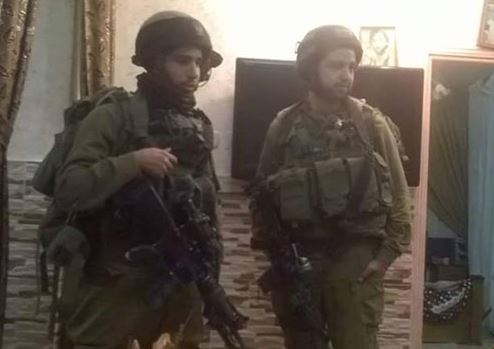