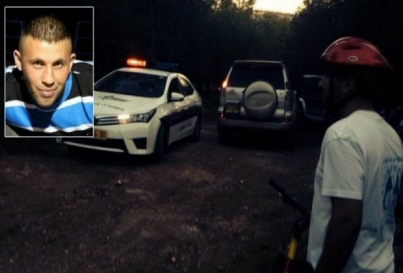 A group of Israeli terrorists burnt to death a 22 year old Palestinian citizen of Israel, identified as Fadi Hoosh.Israeli police found the burnt body of the Israeli-Palestinian citizen inside a car in the garbage dump of the neighbourhood of Kafr Kannah.

Israeli media sources reported that the police decided to have the body autopsied, in order to know the reason of death, and to search for any hints related to the perpetrators.

Witnesses told ‘Days of Palestine’ that the car was damaged from the inside, that it did not appear to have been burned from outside.

Palestinian witnesses said that they saw a number of Israeli Jews attacking the 22-year old man, then putting him inside the car and setting it on fire.

“After a couple of minutes, they extinguished the fire and left him inside the car and very quickly fled the scene,” witnesses said.

Other Palestinian civilians who were burned alive by Israeli right-wingers since 2014:

Sa’ad Dawabsha, Father Of Burnt To Death Baby, Dies Of His Wounds

Although Israeli authorities were able to determine which Israeli settlers burned the Palestinian family to death, no one was charged: