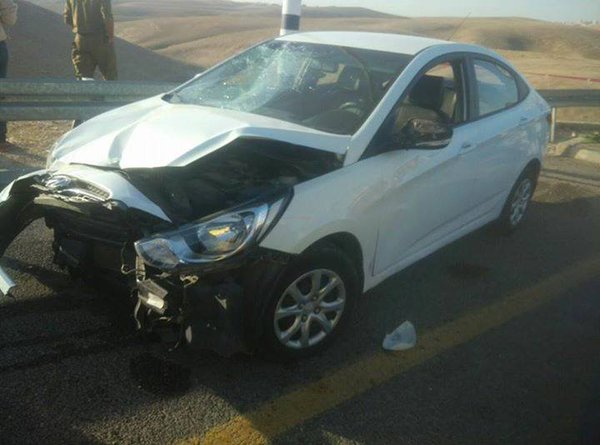 On Friday, an armed Israeli paramilitary settler shot dead a young Palestinian man, identified as Fadi Mohammad Mahmoud Khseib, 25. The slain Palestinian is the brother of Shadi Khseib, who was killed by a paramilitary Israeli settler five days ago. Israeli sources said the incident took place near the bus station in ‘Kfar Adumim’ colony, east of occupied Jerusalem, on the Ramallah-Jericho Road, on the way to the Dead Sea. Khseib was from the town of Dahiat Ein Misbah, in the central West Bank district of Ramallah.

Eyewitnesses said Fadi was driving his car, heading to a picnic in Ein Fara Park, when his car collided with an Israeli car driven by a paramilitary settler.

He stepped out of his car to examine the damage, but another paramilitary settler pulled his gun and shot him dead.

The military added that one of the wounded soldiers, who suffered a moderate injury, was moved to the Shaare Tzedek Medical Center, while the second soldier was moved to Hadassah Ein Karem Medical center.

Fadi Khseib bled to death on the ground, before the soldiers took his body to an unknown destination. He is the 39th slain Palestinian whose remains have not been returned to their families, but have been held by Israeli authorities.

On Thursday evening, Israeli soldiers shot and killed a young Palestinian man, identified as Khaled Mohammad Jawabra, 19 years of age, in the al-‘Arroub refugee camp, north of Hebron, in the southern part of the occupied West Bank.

Earlier on Thursday, A Palestinian man, identified as Samer Hasan Seriesi, 51 years of age, was shot dead by Israeli soldiers, at the Za’tara military roadblock, south of the northern West Bank city of Nablus. Israeli medics were called to the scene, but stood at a distance, without providing the man with life-saving medical attention.

On Thursday morning, dozens of soldiers invaded Qotna town, northeast of occupied Jerusalem, shot and killed one Palestinian, kidnapped and wounded several others. The slain Palestinian, Yahya Yosri Taha, 21 years of age, was shot with a live round in the head.

The death of Khseib brings the number of Palestinians killed by Israeli military and paramilitary forces since October 1st 2015 to 103, including 22 children and four women. These include a mother who was five months pregnant, who was killed along with her two-year old child, after the army bombarded their home in Gaza.