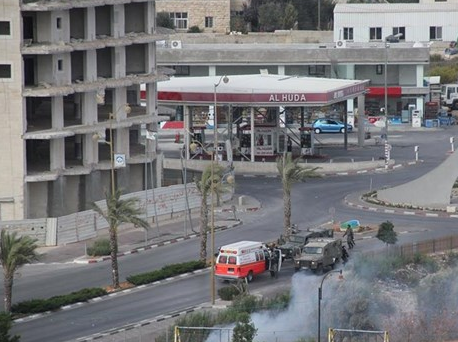 Palestinian medical sources have reported that a security officer suffered a serious injury in his face, after Israeli soldiers opened fire on a car near Bet El settlement, in the central West Bank district of Ramallah. Three Palestinians injured in Silwad town.The sources said the wounded officer Abdullah Rostom Issa, 27, is from Burin town, south of Nablus.

They added that the officer was shot in his face, below his eye, as he was in a car, heading home from work.

The officer was shot approximately 700 meters way from an area of clashes between Israeli soldiers and Palestinian youths.

Media sources said the soldiers invaded the town, and clashed with local youths, who hurled stones, empty bottles and Molotov cocktails on their vehicles.