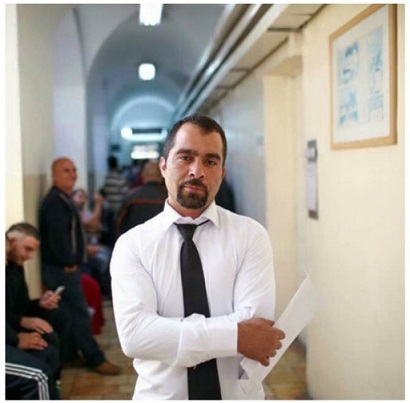 Israeli soldiers have kidnapped, on Tuesday evening, lawyer Tareq Barghouth of the Palestinians Detainees’ Committee, after summoning him for interrogation.Lawyer Mahmoud Taha said the soldiers decided to keep Barghouth under interrogation for 24 hours, most likely to be renewed, allegedly for “incitement of Facebook.”

Lawyer Barghouth will be sent to the Israeli District Court in occupied Jerusalem on Wednesday, as the court will be ruling on either releasing him or keeping him under interrogation.

It is worth mentioning that Barghouth refuted Israeli claims that an Israeli security officer was feeding the detained wounded child, Ahmad Manasra, back in October, and denounced Israel for secretly filming the wounded child in his hospital bed.

The video that was published by Israel, alleging that a security officer was feeding the child, was secretly filmed without showing the face of lawyer Barghouth, who was actually the person helping Manasra eat, especially since one of the child’s hands was cuffed to his bed.