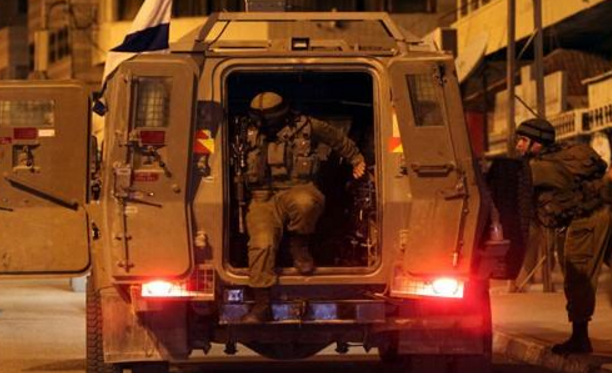 Israeli soldiers invaded, late at night and on Wednesday at dawn, several parts of the southern West Bank district of Hebron, and kidnapped thirteen Palestinians, including seven children.Media sources in Hebron said the soldiers invaded Khallet al-Ein and the ath-Thaher areas, in Beit Ummar town, north of the city, stormed and ransacked dozens of homes, and kidnapped seven Palestinians, including five children.

Another, Palestinian, identified as Abdullah Khalil Zeidat, 20, was kidnapped in Bani Neim town, east of Hebron.

The soldiers closed the main roads of many villages and towns, in addition to the al-‘Arroub and al-Fawwar refugee camps, and intensified the siege isolating the Palestinian communities in the Hebron district from each other, and from the rest of the West Bank.