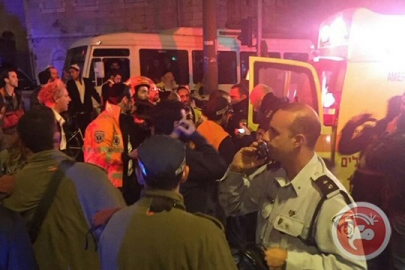 Israeli police, on Thursday, shot dead a Palestinian, identified as Ezz al-Deen Rayeq ‘Abdullah Raddad, 21, from the city of Tulkarem, claiming he attempted to stab an Israeli policeman in al-Masrara area.Israeli police announced it had “neutralized” the young man, who resides in al-Ubeidiya town. One police officer sustained moderate injuries said the police.

WAFA correspondence said that hundreds of settlers gathered at the shooting scene, while police denied Palestinians’ access for a period of time.

Police imposed a tight closure on al-Masrara area, while inspecting passersby and surrounding buildings, and shutting down the entrances to the Old City.

Since October 3, the situation in the West Bank and the city of Jerusalem has been extremelyvolatile.

According to the ministry of health, the number of Palestinians who were killed by Israeli army, police and armed settlers since early October to 110, including 24 children and five women.

Many were killed during alleged attacks on Israeli military and civilians, although Palestinians and right groups have disputed the factuality of the attacks.

In the video below, an Israeli soldier is clearly seen (1:30) to toss a knife at a young Palestinian woman, demanding that she retrieve it from the ground, thus forcing her to visibly take on the role of a terrorism suspect.

19 Israelis have been killed in the same time period.

See: imemc.org/article/73564 for related info on this phenomenon.