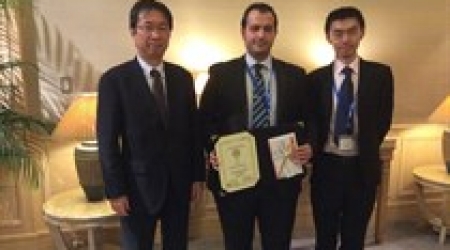 Palestinian doctor Mohammed Shuraab, from Gaza, has won the gold medal for best scientific research in Japan, for 2015, in the field of medicine.According to Al Ray Palestinian Media Agency, Shuraab invented a method which enables doctors to determine the size of a cooling ball used in low temperature cryosurgery.

By this invention, he became the first engineer to win the gold medal in field of medicine, in Japan, even though he is not a physician.

Shuran studied master engineering at the University of Jordan, and has been employed at the Islamic University in Gaza.

He was granted a scholarship to complete his PhD in Japan, where he accomplished his scientific research in cooperation with the Japanese company, Hitachi.