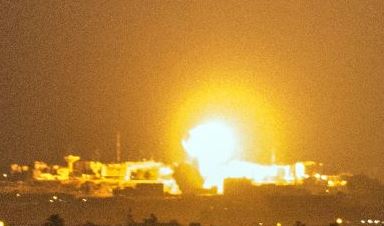 The Israeli army claimed that armed fighters in Gaza carried out two separate attacks, over the weekend, targeting Israeli military vehicles, driving along the border fence with Gaza, causing no damage or injuries.

On Sunday evening, the soldiers shot and moderately injured one Palestinian, east of the al-Boreij refugee camp, in Central Gaza.

The Palestinian was transferred to the Al-Aqsa Hospital suffering a gunshot injury in the abdomen.