Army Kidnaps Eight Children And One Man In Jerusalem 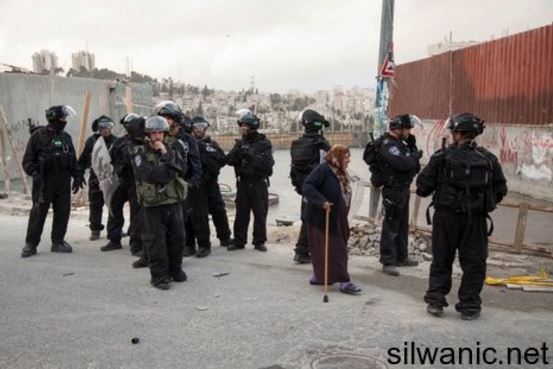 Israeli soldiers have kidnapped, on Monday at dawn, eight Palestinian children from the al-‘Isawiyya, Silwan, and the Old City of occupied East Jerusalem, in addition to the father of Omar Skafi, who was killed Sunday. The District Court sentenced three Palestinians, and ordered others under further interrogation.The Wadi Hilweh information Center in Silwan (Silwanic) has reported that dozens of soldiers invaded Palestinian communities in the occupied city, violently searched many homes and kidnapped eight children.

The soldiers also kidnapped Yasser Fakhri Skafi, the father of Omar, 24 years of age, who was killed by the army on Sunday. The father was taken prisoner from his home in Beit Hanina town, north of Jerusalem.

The army several gas bombs and rubber-coated steel bullets at dozens of Palestinians who gathered near the Skafi home.

The court also sentenced Ala Obeid to six months imprisonment and four months suspended sentences for two years, in addition to 2500 Shekels fine, and released Noureddin Obeid and Mohammad Obeid on 500 Shekels fine each, and a third party bail of 5000 shekels in addition to ordering them under house arrest for five days.

One child identified as Mohammad ‘Ammouri, was ordered under further interrogation.

On Monday at dawn, the soldiers kidnapped ten Palestinians, including three children, in different districts in the occupied West Bank, after invading and searching their homes.