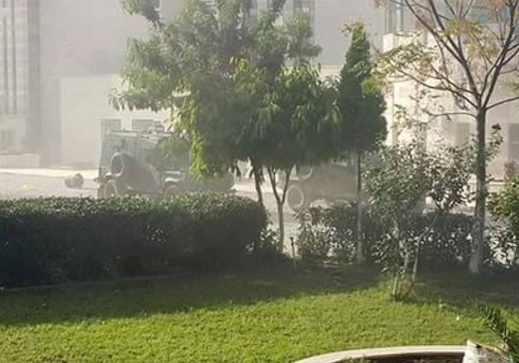 Israeli soldiers invaded, Monday, several parts of the Palestinian Technical University, west of the northern West Bank city of Tulkarem, and clashed with dozens of students, wounding 19, including six with live fire. The soldiers surrounded the university, and fired dozens of rounds of live ammunition, rubber-coated steel bullets and gas bombs, during clashes with many Palestinians after the army invaded the campus.

Medical sources said six students suffered moderate wounds after the soldiers shot them with live rounds, thirteen others were shot with rubber-coated steel bullets, and scores suffered the effects of tear gas inhalation.

The Palestinians, who were shot with live fire, have been transferred to Thabet Thabet Hospital, in Tulkarem, and the rest received treatment by Red Crescent medics.

The University, also known as Kadoorie, has been the subject to repeated Israeli military invasions and clashes, especially since the army has a base that was established on lands illegally confiscated from it.