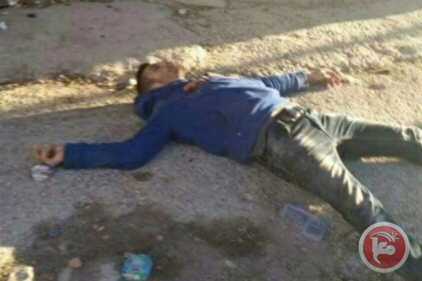 The Israeli was reportedly evacuated in critical condition to Shaare Zedek hospital, in Jerusalem, for medical treatment.

Locals identified the Palestinian as 21-year-old Ehab Fathi Miswada, according to Ma’an. They said Israeli forces prevented Palestinian emergency services from reaching him after he was shot, and did not provide him with any assistance.

The Ibrahimi Mosque, which is sacred to both Muslims and Jews, has been the site of a number of deadly encounters in recent months.

The holy site has been surrounded by a series of tightly controlled checkpoints since 1994, when a US-born Israeli settler, Baruch Goldstein, massacred 29 Palestinians inside the mosque.

Hebron city has borne the brunt of violence since a wave of unrest swept the occupied Palestinian territory at the beginning of October.

While Israel has alleged that many of these Palestinians were attacking Israelis when they were killed, both Palestinians and rights groups have disputed these claims in a number of cases.