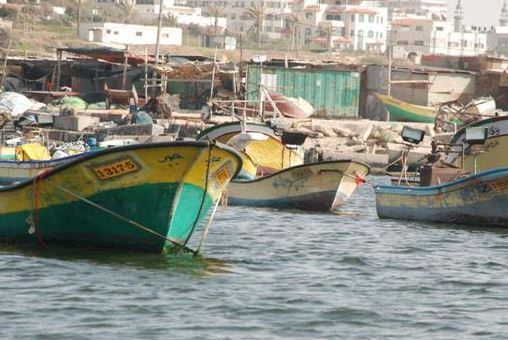 Israeli navy ships opened fire, on Tuesday morning, on a number of Palestinian fishing boats, close to Gaza City shore, causing damage but no injuries.The fishers were only four nautical miles away from the shore, in the Sudaniyya area, northwest of Gaza City.

The navy took the kidnapped fishers, along with several boats, to the Ashdod Port.

Israeli navy and troops routinely open fire on Palestinian fishers sailing within the six-nautical-miles zone and farmlands along the border, flagrantly violating the ceasefire deal that was reached in August 2014.

The current six-nautical-mile fishing zone falls drastically short of the twenty nautical miles allocated to the fishermen in the 1993 Oslo Accords.