Surgeon: ‘Malek Was Shot In The Head With A Hollow-Point Bullet’ 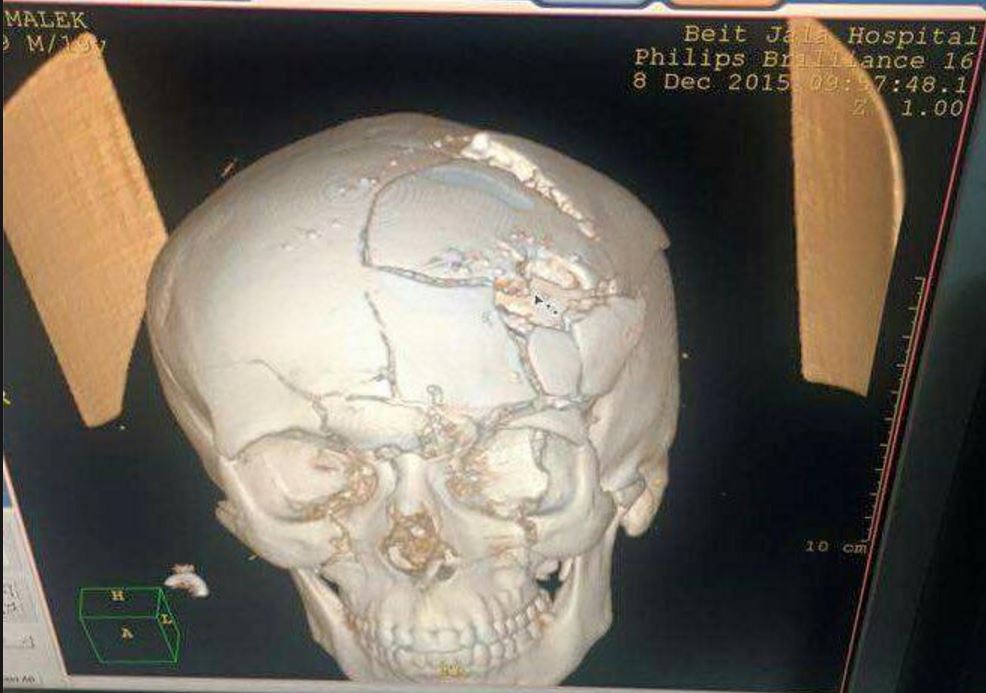 A Palestinian physician in Bethlehem said, Tuesday, that the Israeli bullet that killed the teen in the Deheishe refugee camp, in Bethlehem, is a new type of internationally banned hollow-point bullets, which expand upon impact.Journalist Nasser Lahham, the head of the Palestine office of the al-Mayadeen Satellite News Channel, and the editor-in-chief of Maan News Agency, said one of the surgeons in Beit Jala Governmental Hospital has informed him that Malek Akram Shahin, 18, was shot in the head, with a new type of hollow-bullets.

The surgeon said that the bullet penetrated Malek’s skull, has detonated into more than 300 smaller pieces, causing numerous fractures to his skull and extensive brain damage.

He also stated the bullet seems to be advanced type of hollow rounds the army is using, even more dangerous than the Dumdum illegal rounds, which detonate upon impact.

Such bullets can cause damage to an aircraft, armored vehicles, and are designed to maximize tissue damage, bones, blood loss and shock.

Hollow bullets have been prohibited since The Hague Convention of 1899, Declaration III, that came as a continuance of the Sr. Petersburg, which banned the use of all exploding rounds.

However, the Israeli army has been frequently using those types of rounds against Palestinian civilians, including in the First Intifada of 1987.

Back in October, surgeons in the Hadassah Israeli Hospital in Jerusalem amputated the leg of child detainee, Issa Adnan Abdul-Mo’ty, 13 years of age, after various surgeries failed to save his right leg. He was also shot with a Dumdum bullet.

Earlier in November, detainee, Issa Jalal Sharawna, 17 years old, had his leg amputated, in Assaf HaRofeh Israeli hospital, as a result of severe injuries he sustained in early October, after he was shot by Israeli settlers.