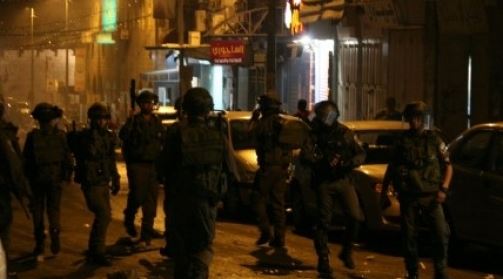 Another Palestinian, identified as Ibrahim Zayed, was kidnapped from his home in the Qalandia refugee camp, north of Jerusalem.

In Hebron, in the southern part of the occupied West Bank, a number of extremist Israeli settlers attacked several female students and teachers of the Qortoba School, in the Shuhada Street.

Radio Bethlehem 2000, in Bethlehem, has reported that the extremists, headed by Anat Cohen known for extremism, attacked the students and teachers while walking towards their school, close to the Beit Hadassah illegal colony.

School headmistress Noura Nassar said the soldiers allowed the students to cross, but the settlers attacked the children, in front of the soldiers, and forced them back.

Nassar added that the students and teachers alike face ongoing violations by the soldiers and fanatic settlers, and that they are repeatedly forced to take alternative routes, and dirt roads, to reach their school.