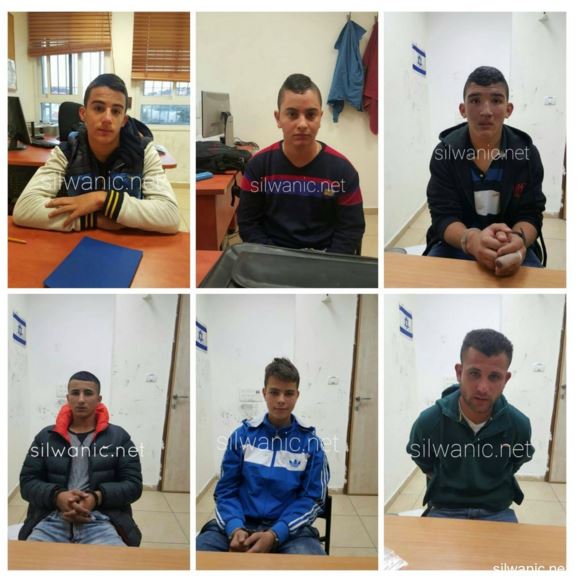 Undercover Israeli soldiers have kidnapped, Thursday, four Palestinian children as they were leaving their schools in the town of at-Tour, in occupied East Jerusalem, and two children in the Old City, and hurled a number of gas bombs. The soldiers also kidnapped two children in Jerusalem’s Old City, and two young men al-‘Isawiyya.The Wadi Hilweh Information Center in Silwan (Silwanic) has reported that the undercover soldiers ambushed and attacked several students, and hurled gas bombs, causing many to suffer the effects of tear gas inhalation.

They repeatedly attacked and beat the kidnapped children, and took them to an unknown destination.

In addition, the soldiers kidnapped two brothers, identified as Mohammad, 12, and ‘Ala Riyad al-‘Ajlouni, 14, in Jerusalem’s Old City, and took them to an unknown destination.

In related news, the soldiers kidnapped two young men, identified as Daoud Yousef Mheisin and ‘Ala Mohammad Diab, from the al-‘Isawiyya town, in Jerusalem.