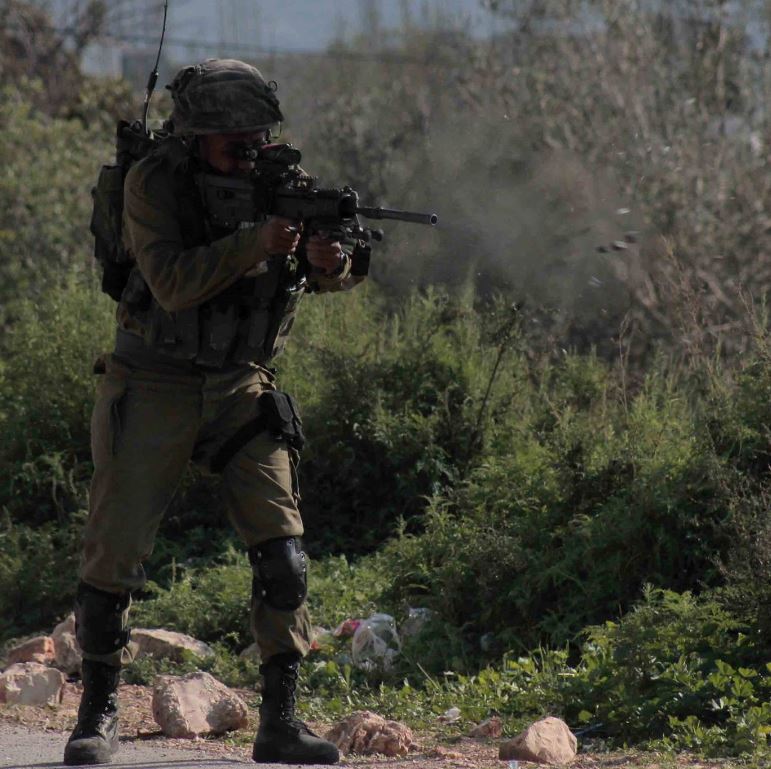 Israeli soldiers attacked, Friday, the weekly nonviolent protest in Kafr Qaddoum village, east of the northern West Bank city of Qalqilia, and wounded three Palestinians. The Popular Committee against the Wall and Settlements said its coordinator Morad Eshteiwy was among the injured.

The Palestinians, accompanied by Israeli and international peace activists marched on Friday afternoon, also commemorating the death of Palestinian government Minister, Ziad Abu Ein, who was killed by the Israeli army in December of 2014.

The Israeli army resorted to excessive use of force against the protesters, fired live rounds, rubber-coated steel bullets and gas bombs.

The Palestinians have been holding protests in Kafr Qaddoum, protesting the illegal Annexation Wall and colonies, and demanding the army to reopen the village’s main road that it blockaded 14 years ago.

It is worth mentioning that an Israeli court acquitted the soldier who choked Abu Ein, and struck the minister on the chest. Abu Ein also suffered the effects of tear gas inhalation.

The Late Minister Ziad Abu Ein was grabbed by his throat and hit in the chest with the butt of an Israeli soldier’s gun. He was severely assaulted by Israeli soldiers before fully collapsing to the ground.

An autopsy conducted by Palestinian and Jordanian pathologists, along with an Israeli forensic doctor who also joined the examination, revealed that the minister’s death was caused from a combination of being struck and from inhaling tear gas.

The autopsy showed that ‘blockage of the main coronary arteries that deliver oxygenated blood to the heart muscle were caused by hemorrhaging under the plaque layer. The change in the layer (bleeding) can be caused by stress,’ media outlets reported, based on the revelation of the health ministry in Jerusalem.

The autopsy also showed that Abu Ein suffered from a wound to his front teeth, bruises on his tongue, neck — from both right and left sides — and further bruises on the thyroid cartilage. The results additionally revealed traces of teargas.