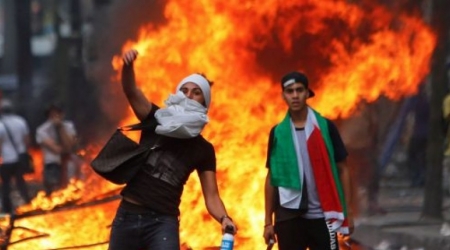 Locals, according to Press TV/Al Ray, said university students had organized a peaceful march at the northern entrance of al-Bireh, but violence erupted when Israeli soldiers approached the demonstrators and opened fire.

The teenager was identified as Raed Hussam, who was transferred to the Rafidia Surgery Hospital to receive medical treatment.