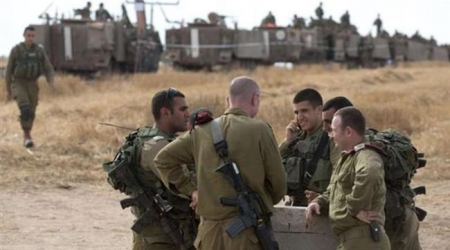 Israeli media revealed, on Saturday, that a former Israeli military officer had been briefly detained and questioned by British police at a London airport, due to his participation in the recent aggression on the Gaza Strip, in the summer of 2014.Ynet news site reported, according to Al Ray Palestinian Media Agency, that the officer was detained for several hours, some weeks ago, upon complaints raised by pro-Palestinian organizations.

He was released after the intervention of the Israeli Foreign Ministry and the Israeli army.

The newspaper said that the officer named was one in a long list of soldiers and officers who participated in the Gaza offensive.

Israeli prosecutors have reportedly warned soldiers and officers who have their pictures appearing in the media (as participants in the aggression) of the possibility of arrest when travelling to Britain.