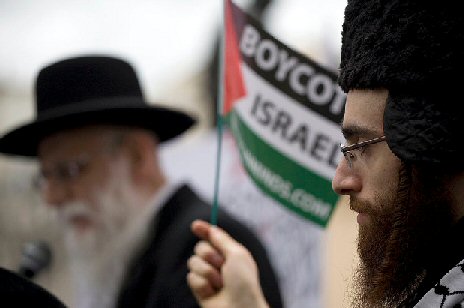 Denmark’s largest private pension fund, FPA Pension, with assets close to $50 billion, is withdrawing its investments from the German construction materials corporation Heidelberg Cement, due to its indirect involvement in exploiting the natural resources of the occupied West Bank, Haaretz said.FPA said that it doesn’t want to contribute in any way to illegal activity in the West Bank, adding that during 2015 it examined divestment from companies which exploit natural resources in contravention of international law.

The decision is a relatively exceptional way of divesting from companies operating in the West Bank, Haaretz also said, according to WAFA News & Info Agency.

It is a third party boycott – not a boycott against a settlement product or an Israeli company that produces it, but against international entities or companies which have economic ties with Israeli companies operating in the occupied West Bank.

FPA Pension is the second Scandinavian insurance company to divest from Heidelberg Cement in the past half year.

In June, the large Norwegian insurance company KLP also divested from Heidelberg Cement because it operates quarries in the West Bank through Israeli subsidiaries, and is thus exploiting the national resources of an occupied area, in violation of the Geneva Convention.

Heidelberg Cement is one of the largest construction materials companies in the world, operating in more than 40 countries.

In 2007, it acquired the British firm Hanson, which, through its subsidiary, Hanson Israel, operates quarries in Area C of the West Bank, which is under total Israeli control.

Under The Hague Convention and the Fourth Geneva Convention, which define the “laws of occupation,” it is forbidden to use the natural resources of an occupied area if the profits from this benefit the occupiers and not the residents of the area.

To be noted, Israeli settlement activities in the Occupied Palestinian Territories and the Golan Heights, both occupied since 1967, are considered illegal under international law.

Israeli human rights group B’Tselem said, “The settlements have been allocated vast areas, far exceeding their built-up sections. These areas have been declared closed military zones by military orders and are off limits to Palestinians, except by special permit. In contrast, Israeli citizens, Jews from anywhere in the world and tourists may all freely enter these areas.”

According to a report by Applied Research Institute (ARIJ), “The consecutive Israeli governments adopted a policy to acquire much of the West Bank lands to build and expand the Israeli settlements by employing different methods; most renowned of which, “Security,” which is also, how Israel was able to restrict Palestinian towns’ development on the remaining areas.”