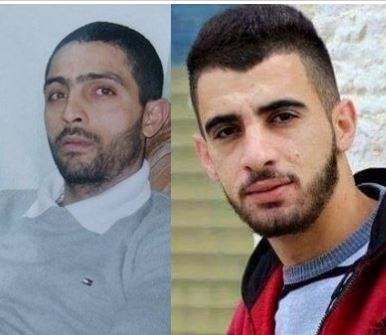 Israeli soldiers invaded, on Wednesday at dawn, the Qalandia refugee camp, north of occupied Jerusalem, shot and killed two Palestinians, and wounded at least four others; the army claimed three soldiers were injured in a ramming incident.

Jahahja was a second-year Journalism student at the Modern University College, in Ramallah, in addition to being active with the Qalandia Media Center. He was also related to Younis Jahjouh, 22, who was killed by the Israeli army, along with Rubin Ziad, 32, and Jihad Aslan, 19, in a similar invasion two years ago.

Medical sources said one of the wounded Palestinians was shot in the abdomen, and was instantly moved to surgery; his condition remains critical.

The Israeli army said Jahahja rammed his car into the soldiers, wounding three. After being shot, Hajahja was left to bleed to death, before the soldiers took his body to an unknown destination.

Eyewitnesses said an Israeli ambulance, and a helicopter, took the injured soldiers to Israeli hospitals.

Media sources in Qalandia said hundreds of Israeli soldiers invaded the refugee camp in their armored jeeps and military vehicles, from various directions, and exchanged fire with armed resistance fighters.

Clashes also took place between the soldiers and local youths, who hurled stones and empty bottles at them, while the soldiers invaded and ransacked many homes, and kidnapped Mahmoud Nayef Abu Lateefa, 26, after repeatedly beating him.

Among the invaded homes were the properties of Laith Manasra and Ahmad Sobhi Abu al-‘Aish, who were killed by the army on November 16th, and Mahmoud Abdullah ‘Adwan, 21, who was killed on December 16.

The soldiers also broke into many shops, stores and the Tammam Medical Center, and violently searched them, causing serious property damage. The soldiers also stole money from invaded shops and stores.