Five Palestinians Injured Near Nablus, One North Of Jerusalem 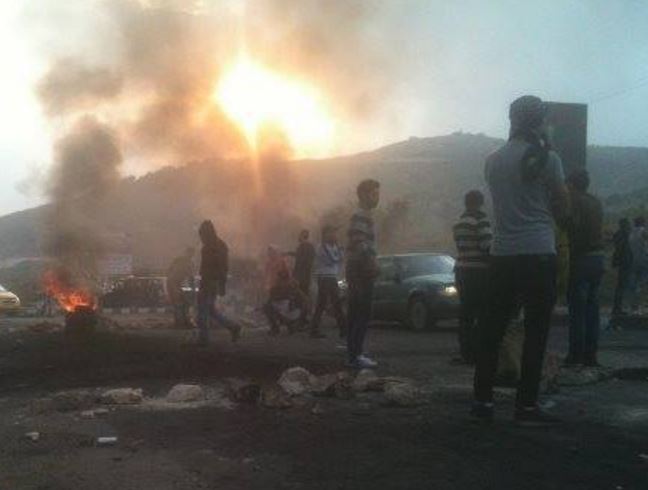 At least five Palestinians were injured, Friday, during clashes with Israeli soldiers invading Beit Forik town, east of the northern West Bank city of Nablus. The army also injured another Palestinian at the Qalandia terminal, north of Jerusalem.Media sources in Nablus said dozens of soldiers invaded Beit Forik, and clashed with local youths.

Four Palestinians were shot with live rounds in their limbs, and one was shot in his shoulder, while scores suffered the effects of tear gas inhalation.

Prior to the clashes, the soldiers completely closed the Beit Forik roadblock to all Palestinians, in order to allow Israeli colonizers to march in the area.

In related news, a young Palestinian man was shot after the soldiers opened fire on a Palestinian car, near the roadblock, and prevented local medics from approaching him.

The army later said the wounded man is from Turmus Ayya town, in the Ramallah district, and that he was injured in his limbs allegedly after attempting to ‘ram the soldiers with his car.’